The easy one was quickly gotten: 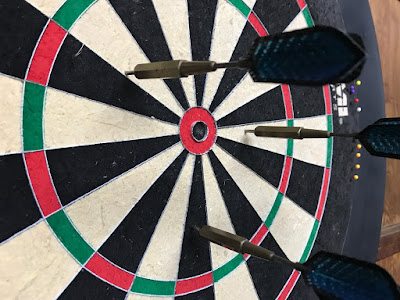 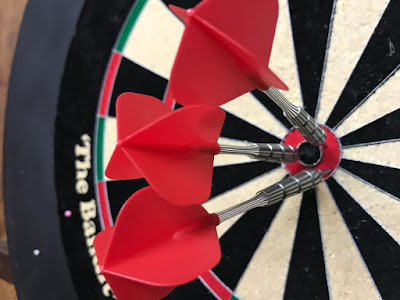 The hard was arguably easier than the medium, though not by too much.  This is the closest I came for the first several days worth of trying for it.  The third dart plopping into the corner of the Double 4 was a bit painful, but I was at least happy for the Doubles Trick, even if it did not satisfy the conditions of this week's challenge! 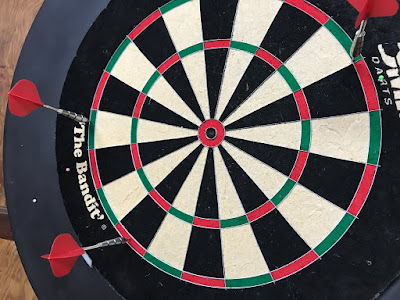 However, a few minutes ago I finally hit the hard one for this weeks challenge: 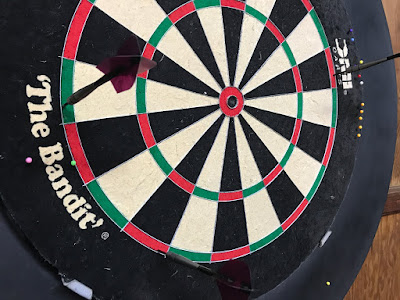 All of these shots were taken during the course of a multi-session Rotational Modified Doubles practice routine so I happened to cycle through many darts during the effort.  The easy challenge was gotten using the vintage hex brass darts that originally had a hairpin flight holder (which I replaced with a Voks stem). The other (unsuccessful) two shots feature my vintage Unicorn chrome-plated brass darts wearing short duraluminum Fit Stems and standard Fit Flights.  The darts I was using when I hit the D7, D11, D13 were the Dart World Scoundrels.

Hopefully I'll be able to update this post reporting success on the medium challenge, but given the short time remaining it is not likely.
Posted by Zeeple at 9:45 PM