I m definitely a late-comer to reddit, and really I got into it due to needing an online community for work issues.  Then I discovered r/Darts.  Not bad.  I do not contribute much but it is fun to peruse.  One of the best things I have found is the weekly challenges. What a nice way to mix up the nightly practice routine!  Instead of just constantly working through the doubles in various ways, you get to aim at segments you do not normally aim for, and work towards a (hopefully unusual) goal.  It somewhat gamifies practice.

I upgraded my three in the 14's to seven: 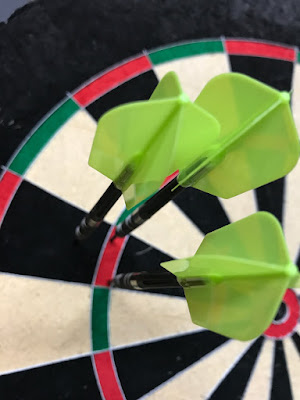 I upgraded my five in the 18's to seven: 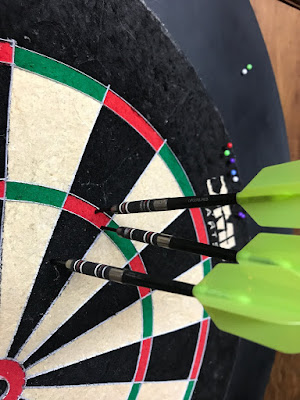 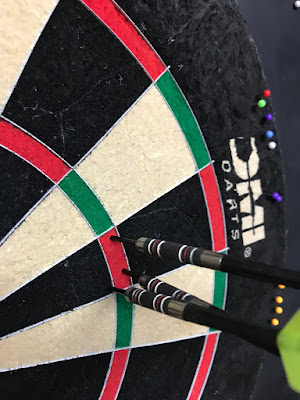 The darts I was using were the 19 gram Accudart Crickets with #6 Fit Flight stems and slim Fit Flight Airs.
Posted by Zeeple at 8:21 AM

Glad you liked the challenges, there are some really hard ones in the other 47, good luck!

I started working on #47 today. Even the Easy one is hard. I hit the S20, D19 several times then probably a dozen times missed the T18 by mere millimeters. I'll keep at it tho...